The best Canton Geneva Tours and things to do 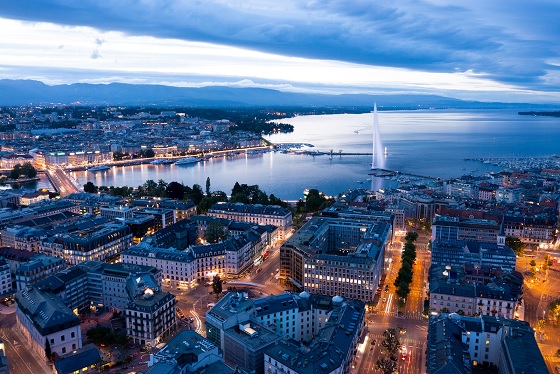 Geneva, located along the shores of Europe’s largest alpine lake, is a chic and sporty destination. The most populated city in French-speaking Switzerland is home to the European headquarters of the United Nations and the Red Cross, but its cosmopolitan charm and historic architecture have earned it a reputation well beyond its boundaries. The Swiss town sits on the southwestern corner of Lake Geneva, close to the French border. From here, visitors can easily access the French Alps for skiing, the Swiss Riviera for sightseeing, and the countryside for tasting chocolate, cheese, and wine. If you are travelling to Geneva this article is for you. You will learn about the best tourist destinations in Geneva through this article.

Although most of its southern coast is in France, Switzerland’s largest body of water is Lake Geneva (Lac Léman). Northern shores of the lake are covered in gorgeous villages, terraced vineyards, and historic castles, making it a year-round hotspot for outdoor activities despite its location in the shadow of the snowy peaks of the French and Swiss Alps.

Geneva’s Water Fountains (Jet d’Eau) are as impressive as the Eiffel Tower or the Empire State Building, and they’re located on Lake Geneva. The height of their water jets is 460 feet (140 metres). At the confluence of the Rhône and Lake Geneva, you may take in the scenery and a memorable snapshot.

It is recommended that everyone who visits Geneva spend some time in the Old Town, also known as the Vieille Ville. Almost all of the streets are pedestrian-only, making it safe to walk freely in search of the many museums, churches, and cosy cafes that can be found there.

Geneva is home to the United Nations European headquarters, which is located at the Palace of the United Nations (Palais des Nations Unis). The Human Rights and Alliance of Civilizations Room, adorned by renowned artist Miquel Barcel, and the Assembly Hall are only two of the areas that visitors can see during a guided tour of the offices.

In spite of the fact that the buildings and cobblestone alleys of Geneva’s Old Town have been there for centuries, the Cathédrale de St. Pierre is the most historically significant edifice in the entire city. The cathedral’s architecture, stained glass, and religious treasures are popular attractions. The greatest views of the city may be had from the top of the 157-step tower.

Theologians like Martin Luther and John Calvin (a Genevan) split apart from the Roman Catholic church and significantly eroded the people’s confidence in the Papacy and many Catholic teachings during Switzerland’s famed reformation in the 16th century. The International Museum of the Reformation (Musée International de la Réforme) traces the development of Protestantism from its earliest days in Geneva, displaying its diverse iconography and detailed chronicles to explain its understanding of humanity and the world in which it lives and discussing contentious topics like polemics and different interpretations of the Bible. The museum is also home to more than 500 artefacts from the history of the reformation in Geneva. The Reformation in Geneva was voted on in 1536, and the site of the voting is now an archaeological site under Saint-Pierre Cathedral, which is just next door to the IMR. The Reformation Museum lies in Geneva’s oldest neighbourhood, thus visitors doing a city tour or a Segway tour of the Old Town will likely pass by it.

It’s hard to wander around Geneva and not see the Flower Clock. Because of its convenient location and the fact that it is the largest floral clock in the world, this landmark is a popular destination for sightseers all year long. The botanical clock is a popular tourist attraction in Geneva, and it can be seen in the English Garden (Jardin Anglais) on the shore of the lake.

If Geneva is so historically significant, then Maison Tavel must be its time capsule. The museum brilliantly recreates, down to the last detail, what it was like to live in the fourteenth century and beyond. Visitors may see the earliest example of Genevan residential style, complete with stone walls, iron ornamentation, and antique furnishings. It is a must-see if you’re interested in learning about Geneva’s rich history.

This neo-Gothic mausoleum in Geneva’s Jardin des Alpes was constructed in 1879 to honour Charles II, Duke of Brunswick, and is a copy of the Scaligeri monument in Verona, which dates back to the 14th century. The monument’s controversial history hasn’t detracted from its status as a popular tourist attraction near Lake Geneva.

The Museum of the Red Cross and the Crescent

This museum in the heart of Geneva is a must-see for anybody curious about the international humanitarian organisation known as the Red Cross and Red Crescent.

Essential things to know before touring to Geneva

5 Water Sports to Enjoy in the Cayman Islands

Everything You Need to Know About Hotel Promos on Travel Websites

Top Destinations for You and Your Private Jet