Everything You Need to Know About HDBaseT Extenders 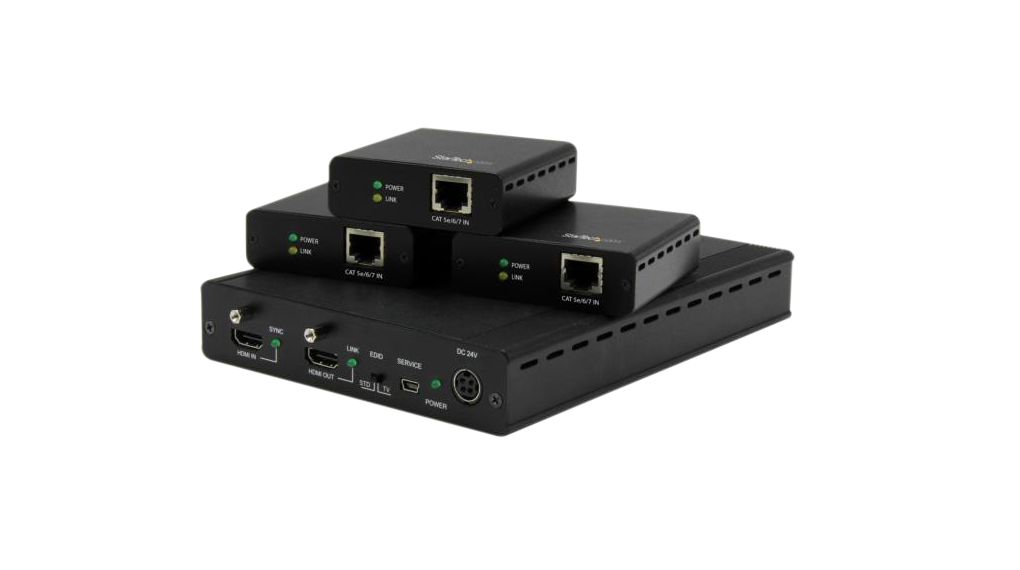 Audio and video applications, such as televisions and DVD players, transmit sounds and images through cables in an analog form. However, with digitalisation, technology is moving to conversion-free audio and video transmission to save time and energy. HDBaseT extenders forego converting signals in analog formats and provide high-definition media.

What is an HDBaseT Extender?

HDBaseT is the universal standard for transmitting high-definition media by regenerating audio and video from the device source. It supports 100 watts of power over one long cable and transmits audio and video through controls, USB, and Ethernet. Due to its high-performance transmission, industries use it to enhance quality and avoid cable disorganisation.

Industries working with audio/visual, personal computers, and other consumer applications use an HDBaseT extender up to 328 feet for faster signal transmission.

The automotive industry uses HDBaseT technology to transmit audio and video over a single fibre, STP, coaxial, or UTP.

HDBaseT transmits PoC up to 100 watts, transmitting power through a cat cable to the receiving device, reducing the receiver’s power usage.

HSBaseT transmitters run on standard 100BaseT Ethernet that allows electronic applications, such as televisions, phones, and computers, to work with each other, enabling seamless and quick signal and file transmission.

HBaseT provides control functions that control CEC operations and transmit the command to RS-232 and IR, allowing you to handle your device anytime and anywhere.

HDBaseT technology comes in various devices, depending on the intended usage and specifications, such as:

With every update, the HDBaseT extender releases more enhanced versions that provide up to 4K ultra high-definition quality.

HDBaseT allows control over Ethernet and USE through a single cable that prevents cable clutter, simplifies complex processes, and designs a robust infrastructure at a reasonable cost.

Also Read About: Own a Car in Toronto

Protecting your capital when the UK market is down

AC Installation Services and Their Benefits

Outdoor Winter Safety at Your Business